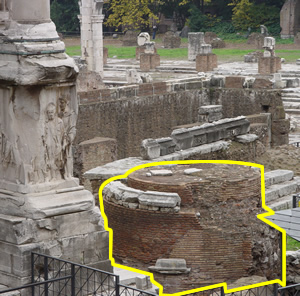 The Umbilicus Urbis Romae
Adjacent to the Arch of Septimius Severus in the Roman Forum, lie the remains of the Umbilicus Urbis Romae, or “Navel of the City of Rome”. It is from this monument that all distances in Ancient Rome were measured (all roads lead to Rome). The Umbilicus was originally covered in marble. There is some debate as to whether or not three monuments discussed in Roman writings, the Milliarium Aureum (Golden Milestone), the Umbilicus Urbis, and the Mundus (Underground Gate to the Underworld), refer to the same monument, but regardless, this area near the Rostra was the center of the empire.

It’s possible that the Umbilicus was the external part of the subterranean Mundus. 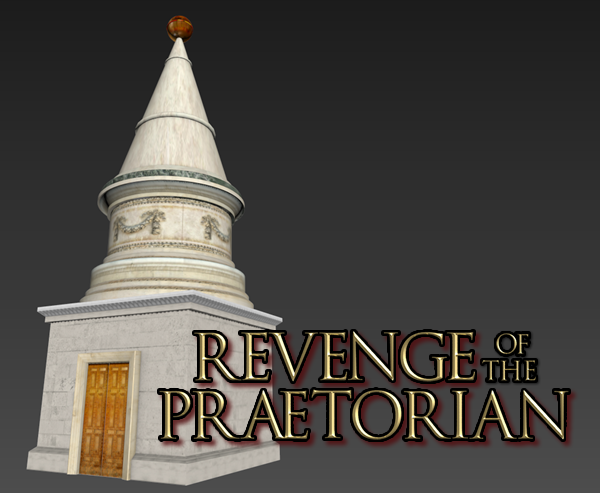 The Mundus
Legend indicates that Romulus had a circular pit dug in the area of the Forum when he founded the city, where the first fruit of the year was cast as a sacrifice to underworld deities, particularly Ceres, goddess of the fruitful earth.
All new citizens were required to throw a handful of dirt coming from their place of origin into the Mundus as well.
This pit was sealed with a stone covering with the exception of August 24, October 5, and November 8 when it was ceremonially opened. These days were considered dies nefasti, or days on which official transactions were forbidden on religious grounds. They were considered such because evil spirits of the underworld were thought to escape when the doors were open and could negatively impact such transactions. Varro is quoted as saying ‘Mundus cum patet, deorum tristium atque inferum quasi ianua patet.’ translated to mean ‘When the mundus is open, it is as if a door stands open for the sorrowful gods of the underworld.’ 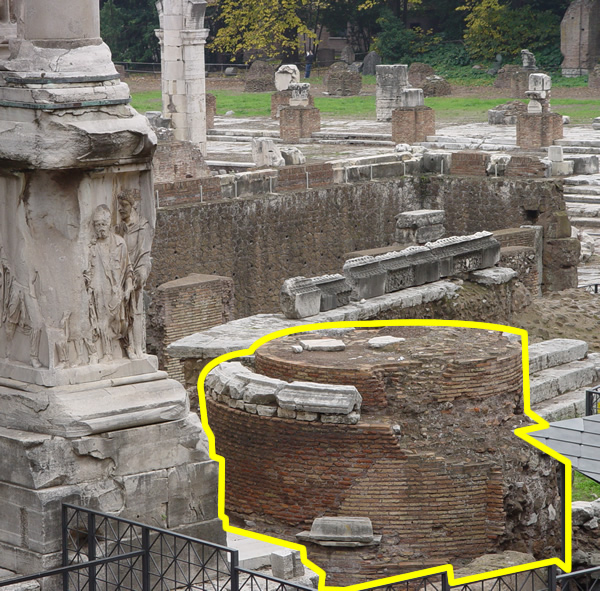