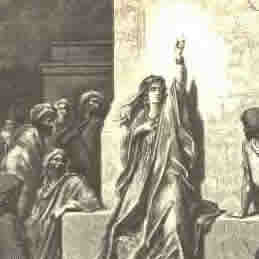 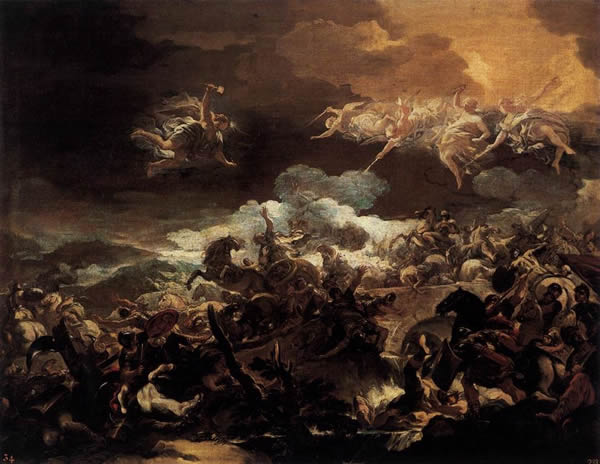 The 10,000 troops raised by Deborah, Judge of Israel, defeat Sisera.

Deborah was the fourth Judge of pre-monarchic Israel, and only female Judge mentioned in the Bible. She was a prophetess of the God of the Israelites, a counselor, warrior, and wife. Some refer to her as the ‘Mother of Israel’. After 20 years of oppression at the hands of Jabin, king of Canaan, Deborah incited a rebellion, rallied 10,000 troops to do battle with Sisera, Jabin’s military commander. Sisera is completely defeated, and Jael, another heroic Israelite woman drives a tent stake through his temple while asleep. Israel would enjoy 40 years of peace in the land after the battle. 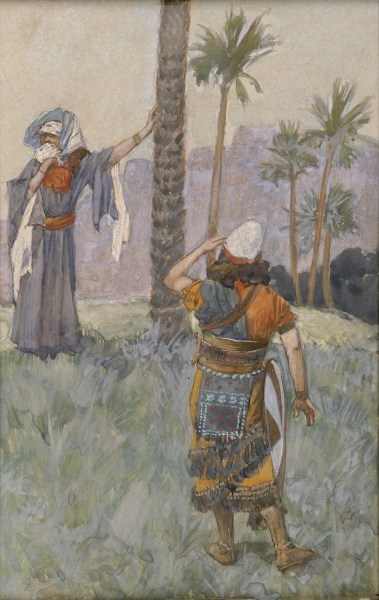