At a celebration for President John F. Kennedy’s 45th birthday, Marilyn Monroe sang “Happy Birthday”. The event was held in Madison Square Garden May 19, 1962, ten days before his actual birthday on May 29th. Over 15,000 people were in attendance. Jacqueline was not in attendance.
President Kennedy would come on stage after the song and remark, “I can now retire from politics after having had Happy Birthday sung to me in such a sweet wholesome way.” The dress Monroe wore for the event sold at auction in 1999 for over 1.25 million dollars. The event would be one of the last major public appearances of Monroe. 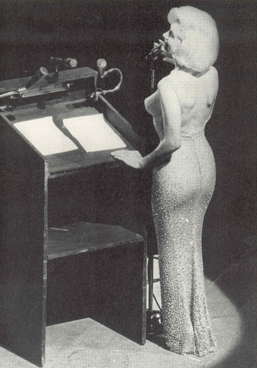 Listen to the song: 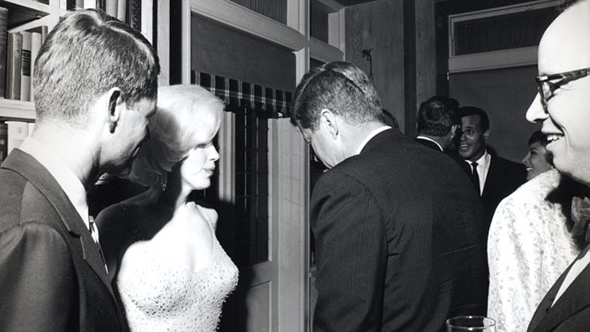