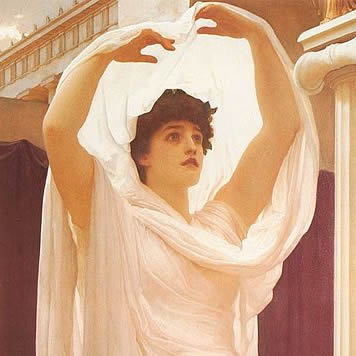 Background
Celebrated May 9, 11, and 13, Lemuralia (or Lemuria) was a Roman festival dedicated to appeasing evil spirits. Romans honored their benevolent deceased ancestors (lares), but feared spirits of slain enemies and spirits of those who didn’t have living relatives that could properly honor them. They feared that these evil spirits (lemures) might be possessing their homes or farms.
According to Ovid, the Lemuralia was originally called Remuria and began with Romulus, who was looking for a way to appease the spirit of his murdered brother Remus.

Household Rituals
Within each home, the head of the household was to rise at midnight, wash his hands three times, and while walking barefooted around the house throw black beans behind his back and recite the following nine times: “Haec ego mitto; his redimo meque meosque fabis” meaning “I send these; with these beans I redeem me and mine”.

Vestal Virgin Rituals
The Vestal Virgins performed two rituals in association with the festival. The first was to prepare a sacred mola salsa (salted flour) made from the first ears of wheat of the season, This was sprinkled on the altar, on animal victims prior to their sacrifice, and in the sacred fire throughout the year. The second ritual, performed on May 13th was to throw images of thirty old men into the Tiber river from the Pons Sublicius.

Public Events
Publicly there were games held in the Circus Maximus in honor of Mars on the 11th, and on the 13th in commemoration of dedication of the Temple of Mercury (in 495 BC) the merchants offered up incense and used laurel branches to sprinkle water from the well of Mercury at the Porta Capena over themselves and their goods in order to obtain Mercury’s aid in making their businesses prosper.

Because this exorcism of evil spirits occurred annually in May, the entire month was deemed unlucky for marriages, giving birth to the proverb “Mense Maio malae nubent” or “They wed ill who wed in May”.