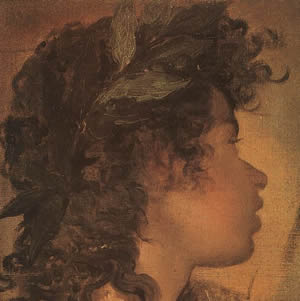 Held annually in honor of the god Apollo, the Ludi (games) Apollinares were instituted in Rome during 212 BC to secure the assistance of Apollo during a difficult year in the Second Punic War. The Ludi became an annual event in 208 BC by senatorial decree, possibly to find favor with Apollo again during a severe plague. Prophecies in the Sibylline Books were the basis for Marcius (an ancient seer) calling for the creation of the games. Based on these prophesies it was determined that Greek rituals honoring Diana and Latona should be included, and that citizens should contribute to the cost of the games as their means permitted.

Two days of the games consisted of horse races and contests such as beast hunts in the Circus Maximus and the remaining six days were devoted to plays. Roman tragedies dealing with themes of historical Roman figures (Praetextae), are known to have been performed as a part of the Ludi Apollinares. On the final day, ten men were to sacrifice an ox and two white she-goats, each with gilded horns, to Apollo and a cow with gilt horns to Latona. The matron of the house offered supplication to Apollo and other celebrants wore garlands to feasts held in the open air courts of their homes.