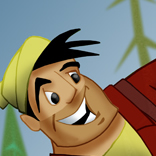 Old Hewey wrought, so I’ve been taught, six days to make the world;
He built the sky, and rearing high, the mighty mountains hurled;
One only spot he finished not, and then his tents he furled.
But e’re on high, above the sky, he went up out of sight,
With final shout he called about his workers all of might,
And thus he spoke, e’re like a cloak he clothed himself with night:

“Good helpers all, both great and small, this is my last command,
This place you see must finished be that all may understand
I hold it blest ’bove all the rest, the final promised land.”

Old Puget then lined up his men, he asked each one to work,
Three mighty men stood by him then and labored like a Turk,
While all the rest refused the test and did their best to shirk.

Paul Bunyan drew his fingers through his long and tangled locks,
He hardly spoke but took the yoke and sought his old Blue Ox;
He said “Watch me, I’ll build a sea, you two may use the rocks.” 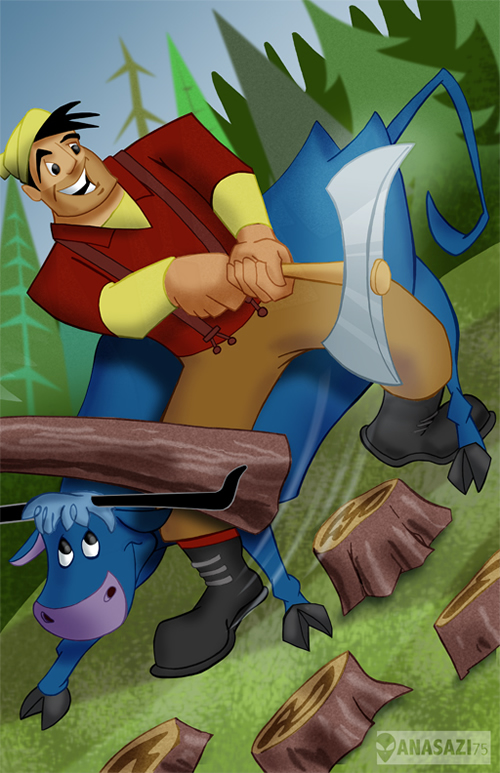 With cunning stroke the soil he broke, he flung the dirt aside;
The rocks he tore with mighty roar and flung them far and wide,
He piled the earth till hills had birth and grew on either side.

The old Blue Ox he hitched to rocks and tore the big ones out,
He rolled them out and all about and called each one a mount,
And lest I lie, against the sky, they witness if you doubt.

At reach and bay he dug away, he shaped a thousand isles;
By headlands steep dug channels deep where rippling water smiles;
With generous hand he took the sand and built the beach for miles.

Like golden gleam of painter’s dream he built old Puget Sound,
Where skies of blue the waters woo a thousand isles around,
With emerald sheen they’re always green and always spring abounds.

Then old Cascade took up his spade and reared against the sky,
A row of peaks whose summit seeks a marriage with the sky,
A super land whose wonders grand enchant the human eye.

Olympus then laid down his pen and built with cunning hand
A place so rare that e’en the air seems wilder and more grand,
Of hill and stream beyond our dream, a greater Switzerland.

And thus these three, as you may see, beneath the Western skies
Have built a land that’s super grand, an earthly paradise;
When God looked down they say it found great favor in his eyes.

SOURCE:Paul Bunyan and His Loggers by Otis T. and Cloice R. Howd