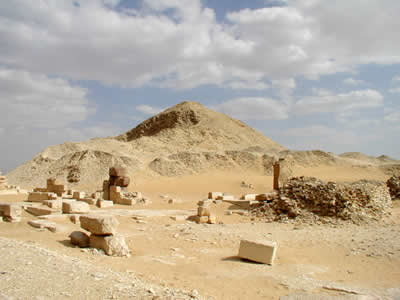 While the expression ‘you can catch more flies with honey than with vinegar’ may not go all the way back to Ancient Egypt, the Pharoah Pepi II certainly understood the concept.

Reign of Pepi II
Pepi II began his reign at the age of six during the sixth dynasty of egypt’s Old Kingdom. His throne name was Neferkare which means “Beautiful is the spirit of Ra”. Some suggest he reigned for 94 years, but it’s more likely to have been 64. The length of his reign may have led to stagnation in his administration, a potential factor in the rapid decline of the Old Kingdom. The decline was primarily a factor of increased power of local nobles who had been accumulating significant wealth and were becoming more powerful. The Old Kingdom would come to an end within a few decades of the end of Pepi II’s reign.

Flies and Honey
Alledgedly Pepi II despised flies and would keep naked slaves smeared with honey near him in order to keep flies away.

Pygmy for Entertainment
The content of a letter sent by Pepi II to a governor of Aswan has been preserved on the governor’s tomb. According to the inscriptions, word reached the pharoah that Harkhuf (the governor) had captured a pygmy on an expedition to Nubia. The young king sent word to Harkhuf that he would be greatly rewarded if he were to bring the pygmy alive to the court apparently for entertainment purposes.

Family
Pepi II had several wives including Neith, Iput II, Ankhesenpepi III, Ankhesenpepi IV, and Udjebten and at least three sons. Three of his wives have minor pyramids as part of his pyramid complex in Saqqara.