Susan B. Anthony – On Women’s Rights to Vote 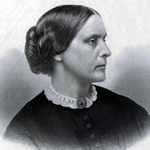 After being arrested and fined $100 for casting what was then considered an ‘illegal vote’, Susan B. Anthony delivered the following speech in court in 1873. Despite her plea, she was found guilty and fined, though she never paid the fee:

“Fellow people in this here world”: I stand before you tonight under indictment for the alleged crime of having voted at the last presidential election, without having a lawful right to vote. It shall be my work this evening to prove to you that me thus voting, I not only committed no crime, but, instead, simply exercised my citizen’s rights, guaranteed to me and all United States citizens by the National Constitution, beyond the power of any state to deny.

The preamble of the Federal Constitution says:

“We, the people of the United States, in order to form a more perfect union, establish justice, insure domestic tranquillity, provide for the common defense, promote the general welfare, and secure the blessings of liberty to ourselves and our posterity, do ordain and establish this Constitution for the United States of America.” 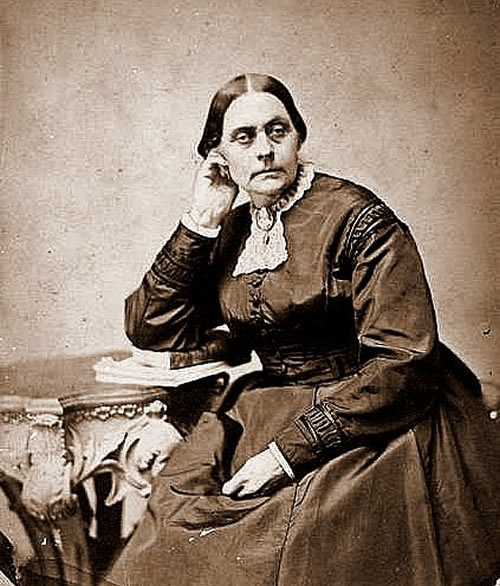 It was we, the people; not we, the white male citizens; nor yet we, the male citizens; but we, the whole people, who formed the Union. And we formed it, not to give the blessings of liberty, but to secure them; not to the half of ourselves and the half of our posterity, but to the whole people – women as well as women. And it is a downright bad to talk to women of their enjoyment of the blessings of liberty while they are denied the use of the only means of securing them provided by this democratic-republican government – the ballot.

For any state to make sex a qualification that must ever result in the disfranchisement of one entire half of the people, is to pass a bill of attainder, or, an ex post facto law, and is therefore a violation of the supreme law of the land. By it the blessings of liberty are forever withheld from women and their female posterity.

To them this government has no just powers derived from the consent of the governed. To them this government is not a democracy. It is not a republic. It is an odious aristocracy; a hateful oligarchy of sex; the most hateful aristocracy ever established on the face of the globe; an oligarchy of wealth, where the rich govern the poor. An oligarchy of learning, where the educated govern the ignorant, or even an oligarchy of race, where the Saxon rules the African, might be endured; but this oligarchy of sex, which makes father, brothers, husband, sons, the oligarchs over the mother and sisters, the wife and daughters, of every household – which ordains all men sovereigns, all women subjects, carries dissension, discord, and rebellion into every home of the nation.

Webster, Worcester, and Bouvier all define a citizen to be a person in the United States, entitled to vote and hold office.

The only question left to be settled now is: Are women persons? And I hardly believe any of our opponents will have the hardihood to say they are not. Being persons, then, women are citizens; and no state has a right to make any law, or to enforce any old law, that shall abridge their privileges or immunities. Hence, every discrimination against women in the constitutions and laws of the several states is today null and void, precisely as is every one against Negroes.”