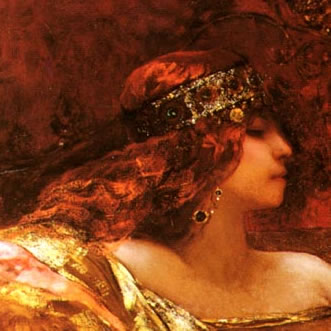 ‘Often, even in the theatre, in the sight of all the people, she removed her costume and stood nude in their midst, except for a girdle about the groin: not that she was abashed at revealing that, too, to the audience, but because there was a law against appearing altogether naked on the stage, without at least this much of a fig-leaf. Covered thus with a ribbon, she would sink down to the stage floor and recline on her back. Slaves to whom the duty was entrusted would then scatter grains of barley from above…whence geese, trained for the purpose, would next pick the grains one by one with their bills and eat.’

…gives new meaning to the term ‘being goosed’.

Of course, the author of the above commentary, Procopius, was also the one who said the following in his Secret History(so his credibility is obviously in question):

‘One man said that the Emperor suddenly rose from his throne and walked about, and indeed he was never wont to remain sitting for long, and immediately Justinian’s head vanished, while the rest of his body seemed to ebb and flow; whereat the beholder stood aghast and fearful, wondering if his eyes were deceiving him. But presently he perceived the vanished head filling out and joining the body again as strangely as it had left it.’ 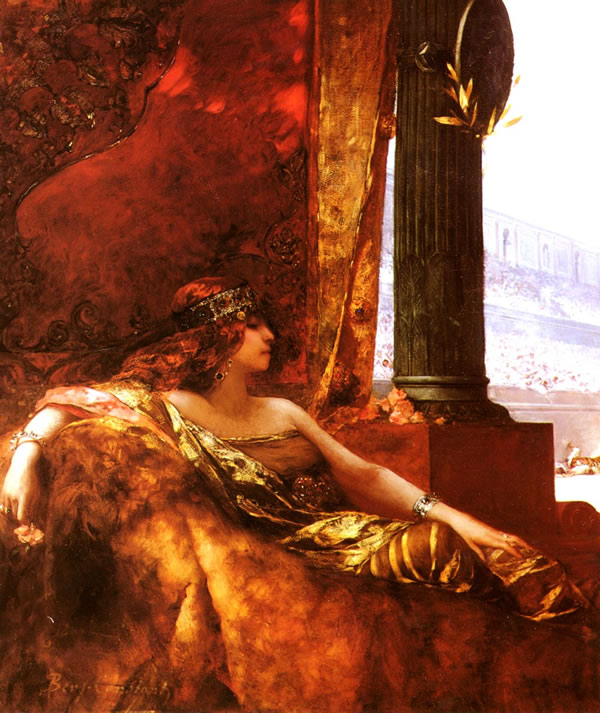 Theodora at the Colosseum