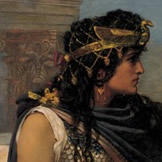 Zenobia had a deep understanding of affairs of state, and her husband’s successes (recovery of the Roman East), were said to have been due to her counsel. She became Queen of Palmyra when her husband died in 267. Within two years she had conquered Egypt and expelled the Roman prefect, who was beheaded when he attempted to reclaim the territory. Zenobia claimed descent from Cleopatra and was said to profess the Jewish religion. She was beautiful and intelligent, with a dark complexion, pearly white teeth and bright black eyes. She was more beautiful than Cleopatra, and had a reputation for extreme chastity.
Zenobia’s forces were dealt a crushing defeat by Aurelian’s forces near Antioch in 272. She and her son escaped initially, but were captured on the Euphrates by the Emperor’s horsemen. She appeared in golden chains in Aurelian’s military triumph parade in Rome. There are varied theories on her final fate. 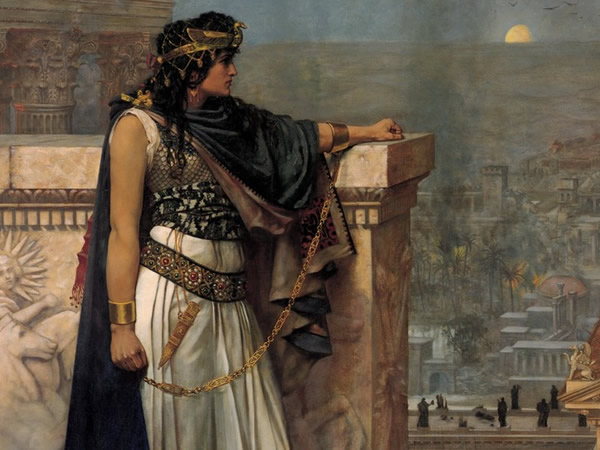